WHAT I LEARNED FROM BEING A COUCH POTATO

I was home sick yesterday watching daytime TV. Since most of you have jobs, lives, etc. I thought I fill you in on what went down…

1PM (PRE-TV): I'M SICK, NOT DEAD
After texting in sick and then passing out, I woke up to 6 missed calls and a text message.

At last, some action on my phone besides "Low Battery".

It looks like a text message!
I got super excited... only to discover all six missed calls and voicemails belonged to my mother.

And the one text message I had was from my coworker who alerted me my mom called work to see if anyone in the office had swine flu.

I tried to be productive, but there's only so much you can do when your nose runs every five seconds. So I watched "The Sweetest Thing" which was on E!

Not the same movie when edited for cable. They should’ve renamed this made for TV version "The" because that’s all that was left.

Also, fun IMDB fact, the guy who pays Cameron Diaz love interest in this chick flick, is the same guy who plays the main guy on "Hung".

And the writer of this movie, while this is her only screenplay, was a writer on "South Park" for many years...NOW YOU KNOW! 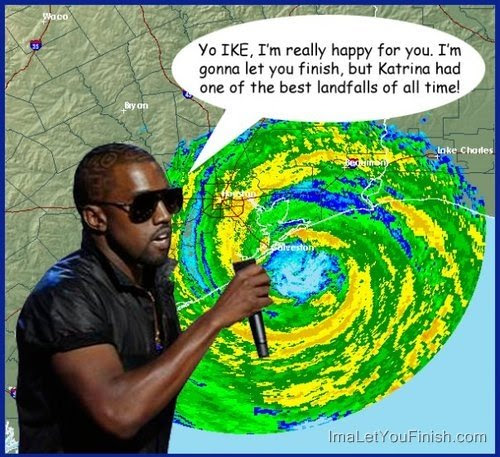 So then I wanted to watch "Tyra" because I figured that's daytime TV at it's best.

And just as Tyra was about to tell me three words that could win me a man (which I'm sure did not include "I Watch Trya"), she was Kayned by an emergency weather warning.

Why do they put that on TV? WARNING it's raining outside. Thanks! That's why I'm sitting on the couch watching Trya.

THEN the dumb ass meteorologist had to get on the screen with her spray on tan, fake boobs, and red dress (who wears red on camera, seriously?), yeah I'm sure she has her degree in meteorology. The girl kept stumbling over the word "mass".

Also, can meteorologists start speaking English? I didn't study meteorology… I don't know what a "cold front" is. If I was stepping outside can you just tell me things I need to know like, how many layers should I wear? Or is this humidity going to mess up my hair?

AGAIN interrupted by a flood warning just as Snookie was about to get punched. NOT COOL.


...okay so my expired flu medication that I got on sale at Walgreens is kicking in.

Lesson Learned: Daytime TV getting interrupted by weather warnings may be TVs way of saying "get a life".

THIS JUST IN: THE GOLDEN GLOBES STILL HAPPENED LAST NIGHT 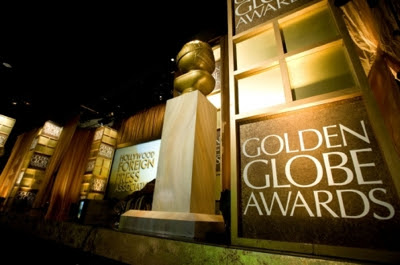 Yes it's been over 24 hours... but I'm watching E!s fashion police on the Golden Globes right now. I figure if E!s still talking about it, I can still talk about it.

Let me preface this with saying, I'm not a fan of the Golden Globes. Because lets face it, it's not the Oscars and it's not the Emmys. It's a weird mash up of both, judged by press that isn't even in our country. Let's not forget these are the same countries think David Hasselhoff is a God...

But Ricky Gervais was hosting. 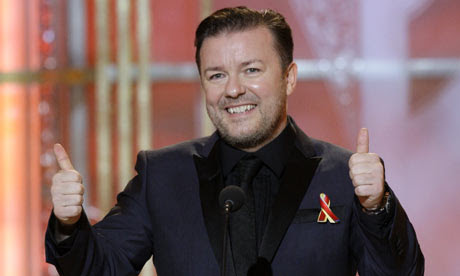 In the spirit of my sorority, I will format my tardy coverage of the Golden Globes with my personal highs and lows.

LOW- the Red Carpet coverage, specifically Giuliana Rancic.
A.) Why are you dressed up like the Tin Man?

Wish I could find a pic of her dress.. but trust me.. it kinda looked like this.
B.) Why are you yelling at George Clooney?
C.) Why am I watching you now on E!'s Fashion Police, sitting there, oranger than Snookie and wearing a dress that matches your khaki hair extensions?

She is my hero. "Join us next week when we cover an award show that describes my boobs, SAG." LOVE HER.

LOW- Whoever was in the control room during the taping of the show.

Really? Shaky cameras? Out of focus lenses? Capturing the wrong actor on camera when you’re announcing his nominee? My college's award show is shot better than this...

HIGH- I was eating delicious guacamole at the time.

Yes Shara, they should make a Facebook fanpage for your guac. I'll start it. :)

Was she serious with that thing? I think I saw that same dress only sluttier at Wet Seal this weekend...where I totally didn't go into, and definitely didn't buy a Blossom-esque spandex dress that I convinced myself didn't look like it was from Wet Seal, but two glasses of wine later realized, yes this dress looks JUST like something from Wet Seal. I broke the cardinal rule of bargain shopping "Don't buy something from [Insert Cheesy Store Targeted to Teenagers Here] that looks like it's from [Insert Cheesy Store Targeted to Teenagers Here]

HIGH- I have a new dress.

To any of those outside of LA you might not understand this, it doesn't really rain in LA... EVER. So when it does people get really confused and fear they might melt, which is probable here. rain is to LA as blizzards are to NY. Only difference is New Yorkers know how to drive in a blizzard.

High- Watching celebrities in the rain. So awkward. Where do I put this umbrella? What about the train of my dress?

But THANK GOD for the rain, or else Giuliana Rancic would've had to come up with some actual red carpet questions instead of asking, "Can you believe this friggin' weather?" as some poor actress waits in the rain to be interviewed. Classy G.

Okay I need to stop watching E! I think my brain is rotting.