PRETTY OR SHITTY: MY PERSONAL HIT LIST OF THIS WEEK'S POP CULTURE

If wearing sunglasses made of smoking cigarettes isn’t pretty, then I don’t know what is.

In fact, This video was so pretty that Jenna Maroney (you know the fictitious character from 30 Rock that I follow on Twitter) tweeted with envy :

JennaMaroneyTGS Who cares about Lady Gaga & Beyonce's Telephone? Me and the sister who was written off "Family Matters" just premiered our new video Pager.

And then it gets weird……

For starters Beyonce and Lady Gaga each bite into a donut and then throw it out.

Not only is that a waste of a perfectly good pastry, it’s also called LITTERING.

Also the dialog could use some work.

At one point Gaga says “You know what they say, once you kill a cow, you gotta make a burger”.

Yeah, I think they also say "when you kill a donut you should EAT IT and not litter".

Also, WHO SAYS THAT?!  Sarah Palin?

“You know that old saying where I can travel halfway around the world before truth even has a chance to put it’s pants on in the morning.”

Yes Sarah, I’m sure that “old saying” it’s right up there with this motivational poster.

And yes, I just compared Sarah Palin to Lady Gaga.

JOEL MCHALE STRIPPING DOWN IN COMMUNITY.

Did you see last week’s episode?  I’m STILL thinking about it.  I never knew The Soup could be this hot.

There are so many balls!

As in pool balls, they’re playing a game of pool in that scene, you perv.

BLAKE CLARK STRIPPING DOWN IN COMMUNITY

This made me gag…which was the point.  You might know Blake Clark from Boy Meets World as the father of the dreamy Sean Hunter 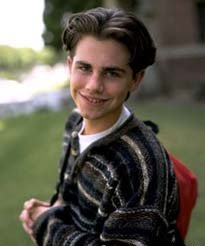 aka Ryder Strong aka “What Ever Happened to That Guy?! 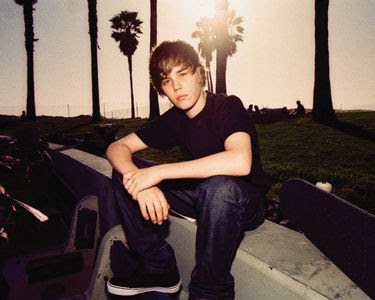 Okay, I finally get it.  This kid is adorable. And that song is so damn catchy.  However, I wonder what will happen when he hits puberty….

But I must attribute my Justin Bieber appreciation to this video from Aziz Ansari’s website (www.azizisbored.tumblr.com) where his character Raaaaaaaady (that’s 8 A’s) declarers war on Justin Bieber.

Yes, Lil’ Wayne sings. Which must be hard for someone who doesn’t have a lot of real teeth.  I mean, you’ve heard Hilary Duff “sing”.

In Lil' Wayne's new jam “Knockout” which is another catchy diddy, he indeed sings, but it resembles more of a screech or a pelican mating call…

That's not my mom, or me.  But my Mom just figured out how to Facebook chat.  Oh, the horror.

JAY BARUCHEL IN SHE'S OUT OF MY LEAGUE

I have a crush.  He was so cute in this movie that I’ll look past this flick's flaw: most of the “punch lines” were pop culture references… that are already outdated (Hannah Montana), says the girl who’s blogging about pop culture.

I WAS RATED A 6 ON CHAT ROULETTE. 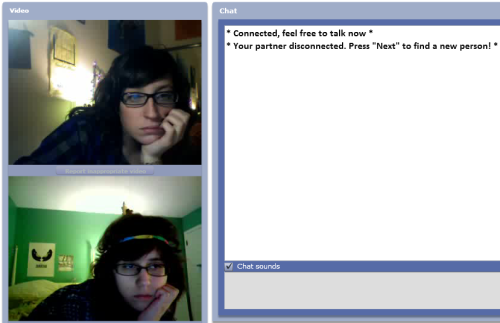 And I thought the moral of She’s Out of My League is that everyone is a 10....