CAN YOU REALLY CALL THESE LOVE SONGS? 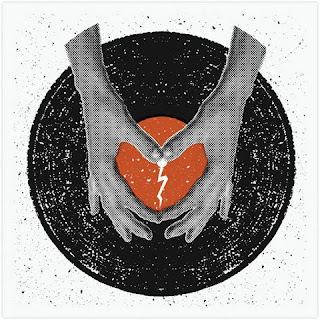 Recently I had an epiphany.   John Mayer and I are soulmates.  I tried telling him this at his last concert.  Sadly, I was escorted away by security.
I think I have a strong case.  John Mayer and I are perfect for each other because:
1.) We both have hazel eyes
2.) We both like music
3.) We're both from Fairfield County, so going home for the holidays would be super convenient.
When I told my friend this, he brought up a very good point.  When John and I get married, which obviously will be soon because we have SO much in common, what would our wedding song be?  It couldn't be a John Mayer tune because that would be just awkward... right?
But on second thought, most of John Mayer's songs about being alone and breaking up.  Think about it:
Slow Dancing in a Burning Room - beautiful melody, but the lyrics are tradgic:
We're going down
And you know that we're doomed
My dear we're slow dancing in a burning room
Dreaming With a Broken Heart - Another great melody but once again, depressing lyrics:
When you're dreaming with a broken heart
The waking up is the hardest part
Then there's Your Body is A Wonderland- but that's just totes inapprops.:
'Cause if you want love
We'll make it
Swimming a deep sea
Of blankets
Take all your big plans
And break 'em
This is bound to be a while
I came up with a solution.  When John and I tie the knot and if he insists on using one of his songs I think I Don't Trust Myself (With Loving You) would work best. Especially this part:
Who do you love, me or the thought of me?
Because in that case I could truthfully say, "John I think it's the the thought of you, I've been thinking about you since the 8th grade".
So then I got thinking about "love" songs.  Some of the most classic lovey dovey cheesy love songs are actually incredibly sexist and demeaning.  Which makes me wonder, can you really call these love songs?
Take Billy Joel's Just the Way You Are:
I don't want clever conversations
I never want to work that hard
In other words, Billy wants a dumb bitch who won't "go changing."  So basically he's saying if she gets old or fat, he's out of there.  Which might explain why his last wife was in her 20s.
Or my favorite.  Tom Jones' She's a Lady where Tommy boy sings about how his lady "always knows her place" and she's "never in the way."  But don't worry because as long as she stays out of the way, and knows her place, Tom "never would abuse her."  The fact that he has to mention this makes me suspicious...
His other song Daliah just heightens my suspicion.
She stood there laughing
I felt the knife in my hand and she laughed no more
So basically he killed the bitch...
Fun DJ choice: put "She's a Lady"  next to "Daliah"  it's a good time.
Personally I think Warren Zavon's French Inhaler is the most romantical (an other word I'm trying to make happen):
How're you going to make your way in the world
When you weren't cut out for working
When your fingers are slender and frail
How're you going to get around
In this sleazy bedroom town
If you don't put yourself up for sale
I feel like he's talking just to me.
I hope I inspired you lovers, and dreamers.
Posted by Gabi at 11:55 PM