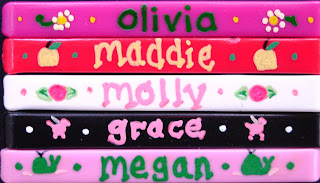 I feel like it's a slow news day.
Yes there's a hurricane, a war, and a recession, but there doesn't seem to be any "breaking news".
Come on celebrities and has-beens... do something!  Leak nude photos or a sex tape, get arrested, check in to rehab, throw a hissy fit Christian Bale style, or if you really want to stay in the headlines... die.
It feels like forever since a celebrity has died.  Are we still mourning MJ?  I'm trying to start conspiracy theories that the king of pop isn't really dead.  I don't have a whole string of coincidences like the whole 2Pac theory, just an idea... who wants to fill in the blanks?
It's a good day for a celebrity to die.  Nothing else is going on.
I've given up on reading Perez Hilton.  He's sold out.   He used to give the really nitty gritty and now it's all self promotion and ads.  Today's top story, a picture of Zac Efron shirtless.  Really? That's the most exciting thing?  Yawn.
Except for this:
CNN's top headline: "GIRL DIES AFTER BILL WASHES HER OUT TO SEA"
Bill?  Who's Bill?  Bill Clinton?  A dollar bill?  The bill of a bird?  The girl's crazy ex-boyfriend, Bill?
Nope it's the hurricane. Hurricane Bill.  Hey CNN, would it kill you to put the word "Hurricane" before "Bill"?  This whole hurricane personification is a little confusing:
"Who distroyed my house and washed my girlfriend out to sea?"
"Bill did it"
"Bill who?"
"Hurricane Bill"
I would never name my kid after a hurricane.  But unfortanaltey there are so many friggin hurricanes there's no good names left.  In fact, I'm pretty convinced that they already used the name Bill before.  It seems pretty common.
How do they name hurricanes?  Do metorolgists have a rack of those mini license plates with generic names on them you get a tourist shop and just pick one?
As a child, I always found those license plates, barrettes, or anything with "your name" to be discriminatory.  Never ever EVER would they have the name "Gabriella" or "Gabi"  maybe they would have "Gabriel" or "Gabrielle"  both which were NOT my names, but never "Gabriella."   I once was forced to buy and wear a barrette with name "Gabrielle" on it just so I could fit in at the playground.   I think I still suffer from identity/ neglect issues because those stupid barrettes.
Personalized stuff is stupid anyway.  Why do you need to put your name on shit?In case you forget your name?  Are we really that stupid?
Anyway back to the hurricanes.  I did some research.  They've been naming hurricanes since 1953.  There's no info on why in 1953 someone suddenly decided to start naming hurricanes, they just did it.  I have to think hurricanes happened before 1953, so how did they keep them all straight?  Also prior to 1979 hurricanes only had female names.  Yeah, that's not sexist or anything.  I have a feeling that some bitch broke a scientist's heart and he was all like, I'll show her, I'm naming this natural disaster Alice.
They also retire some hurricane names.  What is this the NBA?  Did a hurricane do such a great job destroying everything that they retire their name and hang it on a wall somewhere?
And once again, I am discriminated.  No hurricanes over the past 50 ought years have ever shared my name.  Tragic.   But there was a hurricane "Gabrielle," which is still NOT MY NAME.
I'm going to go put on my "Gabrielle" barrettes and cry in a corner now.
Posted by Gabi at 11:55 PM